As a youngster in the Belgian Stallion Competition, Echo van’t Spieveld was the talk of the town in every age group. His true Heartbreaker-style of jumping, explosive and highly energetic made him a true gem that at older age shone in international Grand Prix with his rider Niels Bruynseels. Following many successes Echo was sold to the United States.

The fact that his older brother Casper was a World Cup placed horse under Jos Lansink and that his older sister Amber was successful in the States with Nicole Bloom and Hanno Ellerman made this line very hot. Whoever looks further into the dam line appreciates the depth of talent. Nicole Walker’s Falco van SPieveld, Niels Bruynseels’ Olympic Delux van T&L, Beat Mändli’s L.B. Oh Harry all come from the first 3 generations in Echo’ family.

Now as a sire Echo has produced some outstanding horses bearing in mind he bred only 18 mares in 2009, yet producing 2 horses that have turned out to be 1.60m Grand Prix horses. Kaprice of Kent Farrington, Kheros of Rene Lopez, Elegant Hero of Leopold van Asten, World Cup winner Echo van’t Gerendal of Manon Hees, … they’re are up there, flying the Echo flag!

Finally we meet Andiamixa again. Her brothers made a successful sport career and she has started her breeding career with a bang. Her first son, Daganix 2000 Z, was the very first son of Dominator 2000 Z and is approved for Studbook Zangersheide. Born in 2014 he is already competing in 1.40m classes with Christian Ahlmann and he has already more than 150 foals on the groun. 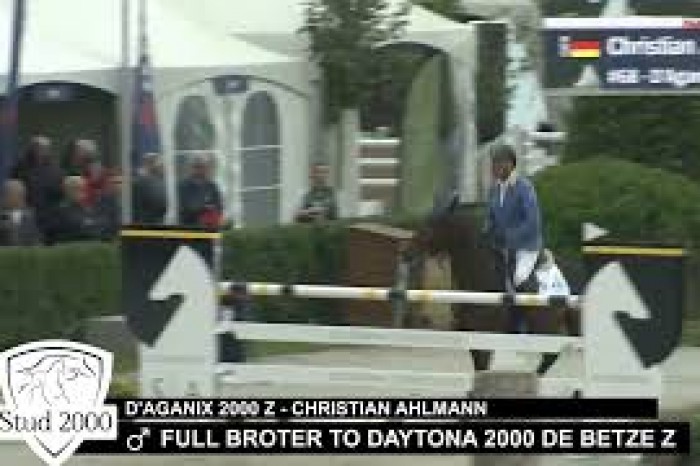